Most of us are guilty of being on our phones more than we should be. Wherever we are and whatever we are doing, our phones are right there with us and we find ourselves constantly picking them up and for no particular reason.

It’s just become something we do, we don’t even question it. It’s no longer seen as rude to have your phone on the table if you’re out for dinner for example.

It’s not our fault!

I recently read a fantastic book called Digital Minimalism by Cal Newport and he explains that the phone or social media addiction that most of us have to varying levels isn’t actually our fault. The book describes our phones as ‘slot machines in our pockets’ with all of these apps we use designed to hook us in.

The creation of the ‘like’ feature on social media has been a game changer. Now we all crave that dopamine hit we get every time our post gets another ‘like’. Our phones are constantly flashing to notify us of likes, comments, new followers and direct messages. And that’s without the notifications from texts, WhatsApp groups and phone calls.

It’s little wonder we find it so difficult to put them down!

Newport reveals something pretty sobering in his book though. He explains that Leah Pearlman, who was product manager on the team that developed the ‘like’ button for Facebook actually hires a social media manager to look after the social media for her small business. She invented the ‘like’ button and now avoids social media and the “service’s manipulation”. She says, “Whether there’s a notification or not, it doesn’t really feel that good…Whatever we’re hoping to see, it never quite meets the bar.”

I think this has a lot to do with why we constantly go back for more, we get that small dopamine hit when do get a ‘like’ but it’s never enough and we just keeping looking for more likes, or more new information, never actually getting the satisfaction we crave.

Are we actually connecting more?

Facebook states that its mission is to, “give people the power to build community and bring the world closer together.”

Sounds great doesn’t it? We can now keep in touch with friends more easily and see what all these people in our lives are up to at any given moment. The thing is do we really use it to keep in touch? Or do we just mindlessly scroll with no real purpose, occasionally hitting like and at best leaving a quick comment under a post or picture. That’s not real meaningful human interaction. Have we stopped meeting up in person so much, making phone calls and reaching out to our friends directly, instead just ‘connecting’ on Facebook or Instagram?

Newport describes one particular study by the University of Pittsburgh who’s researchers found that, “the more someone used social media, the more likely they were to be lonely.”

It’s quite believable isn’t it. If you’re spending hours of your day scrolling through social media feeds, looking at other people’s lives, making judgements and comparisons, not only are likely doing yourself no favours in terms of your own mental wellbeing, but you are missing out on what’s going on around you, and that meaningful, genuine interaction we all need.

I was recently challenged by a friend of mine to go into my iPhone settings and look at my screen time stats, I knew it would be pretty bad but I didn’t expect it to be as bad as it was!

My average daily screen time was almost 6 hours! That’s a quarter of my day spent staring ay my iPhone!

I immediately tried to justify it by saying that I use my phone a lot for work but this is a cop out. The reality is that the majority of this 6 hours is made up of time getting sucked into social media and all the other apps I’m addicted to refreshing. Constantly picking up my phone to mindlessly refresh instagram, Facebook or sky sports or whatever else.

6 hours sounds excessive but when I thought about it, it’s actually quite do-able. I’m awake for around 17 hours most days; other than when I’m with one to one clients I’m constantly on and off my phone, and then on an evening when I’m sat relaxing my phone is basically constantly on, again just mindlessly scrolling.

It’s no surprise that this ridiculously high use of my phone has coincided with a period of time where I’ve not been as productive as I’d have liked, and I have felt more easily stressed and overwhelmed. It’s hard to say whether I’m reaching for my phone as a distraction from how I was feeling or if the phone was the reason for me feeling like this but either way I decided I needed to make change.

I’m pleased to say that in the week since that call I halved my usage, getting it down to an average of less than 3 hours per day, and in the last few days it’s been nearer 2. I can’t begin to tell you how much better I feel! My mind feels clearer, and I genuinely feel happier!

Given the positive impact this has made for me, I thought it might be helpful to let you know how I’ve done this and take you through those simple steps so you can do the same:

The first step in kicking any bad habit is being aware of it. You might not want to see it, but checking just how much time you spend on your phone will let you know the extend of the problem and the reality of the situation. It also gives you target or goal towards, you can then look to bring that figure down but you need to know what it is to do this.

Step 2: Avoid your phone in the early part of the day

Regardless of how much you use your phone, I think this is one of the best changes you can make for your mental wellbeing. Instead of starting your day by immediately checking emails and texts or scrolling through other people’s posts on social media, you start the day by focusing on yourself.

Most of us would immediately pick it up and start scrolling without thinking about it but it’s crazy really. We haven’t given any thought to our own lives or what we have that day, what we’d like to achieve, instead we are straight into looking at other people’s lives, comparing and quite a lot of the time making ourselves feel bad.

So start the day on your own terms, try to avoid your phone for the first hour of your day and focus on you.

Getting back into the habit of doing this again in the last few weeks has really helped me. I usually get up and go to the gym before work so I’ve been trying to avoid consuming any social media until after I’ve trained, I might post something on my Instagram stories but I’m not consuming social media which is the important thing, I’m focusing on myself.

I’ve started placing my phone in a cardboard ‘time-out box’ during periods of time where I don’t want to be distracted by it or tempted to reach for it. This might be when I’m doing work or watching a film and whilst I know it sounds a bit over the top, again it’s really helped.

Just telling yourself you won’t go on your phone isn’t always enough, it’s too easy to get pulled into grabbing it. There’s something significant about the act of actually placing it in the time-out box, it’s saying, ‘I’m now able to focus fully on enjoying or concentrating on whatever I’m doing’.

Step 4: Substitute the bad habit for a good one

To make it more likely that you successfully ditch a bad habit, you need to plug the gap, fill that time with something else. I’ve done this by reading far more, which always helps me feel more positive and productive anyway. I’ve tried to keep a book with me and when I’ve found myself tempted to pick up my phone, I’ve read a page or two instead.

A huge part of my motivation to get my average usage down was to be able to go back and show my friend that I’d got on top of it. You never want to have to go back with your tail between your legs and admit you’ve failed.

Tell a friend or even better challenge each other! That accountability and even friendly competition can be really helpful when you feel yourself tempted to slip back into hold habits.

It’s not all bad…

I know I’ve painted a pretty grim picture of phone and social media use, I do just need to say that clearly there’s still value to be had in spending time on our phones and online.

A great coach I’ve been lucky enough to learn from over the years called Eoin Lacey always says that “the devil is in the dose”. Not all phone and social media use is bad, it’s just about ensuring we don’t become so consumed and addicted by our phones that it becomes detrimental to our relationships, mental health, productivity and everyday lives. 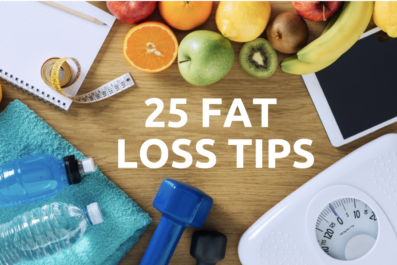 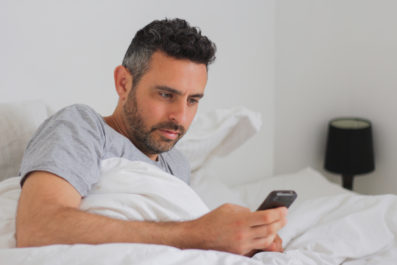 Your phone is ruining your morning