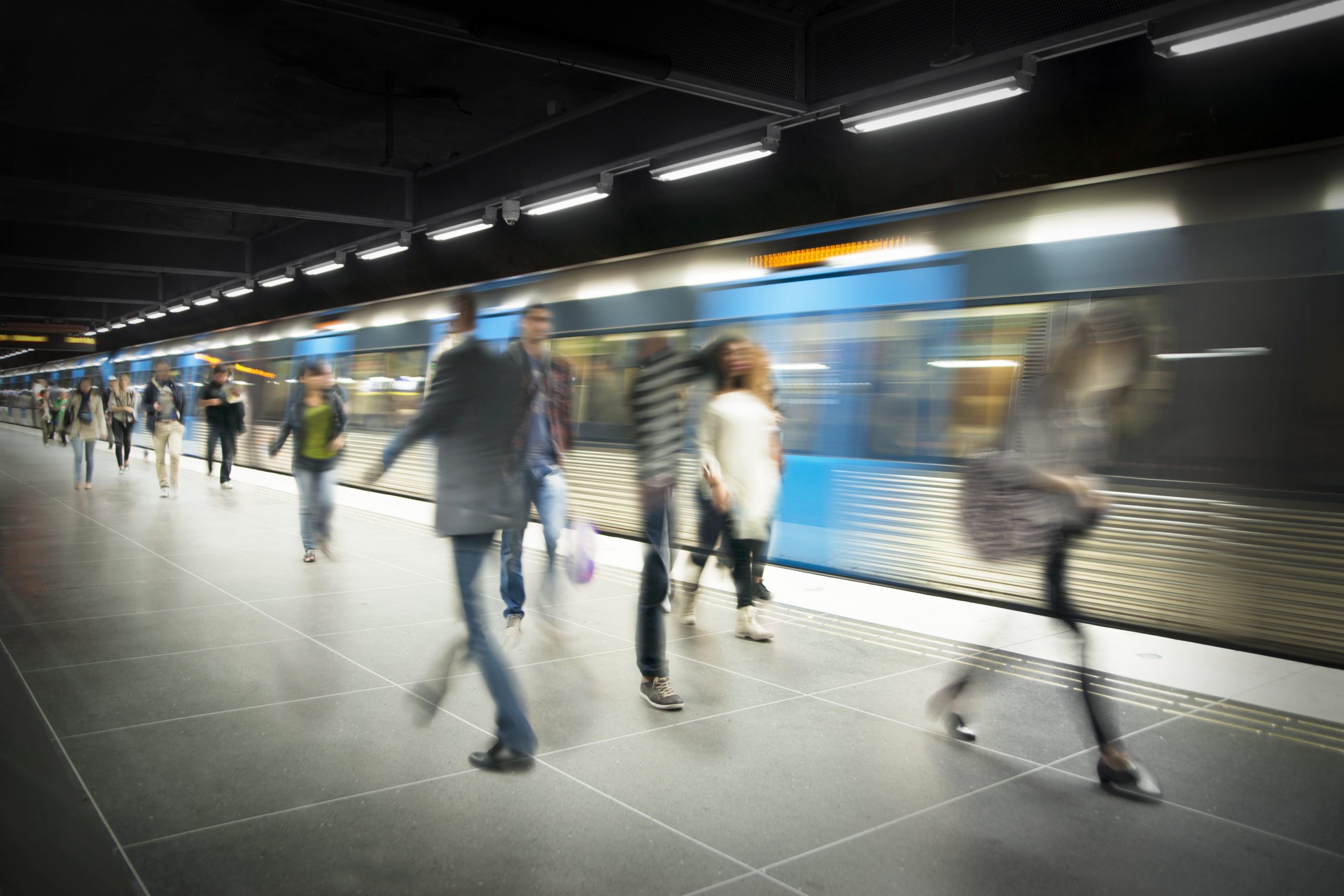 It’s not been possible to leave work behind at the office – both mentally and physically – in the way many people used to. And crucially there hasn’t been that commute time where people can switch on and switch off from work. The commute was more than just travelling from work to home and back. It was a bookend to the working day that allows people to transition to and from mum, dad, partner, housemate, to employee, employer, colleague.

People have literally been trying to be all those things at once. Juggling a Teams call and work responsibilities, with homeschooling and their role as a parent. Understandably it’s been pretty challenging.

Without clear boundaries around the working day many people have found they’ve worked far more and far longer than they usually would. Working well into the evening, either to catch up after an unproductive day, or because there’s nothing else to do, so why not. Then opening the laptop and doing work at weekends for the same reasons. The computer is there every time they walk past the kitchen table, they are thinking about work now so they may as well just quickly check their emails.

These are all very real struggles that I’ve been helping my clients to deal with. Helping people re-establish boundaries between work and home life. And it’s really important because without that home life being a time where people can relax, switch off and recharge, we can very quickly start to feel overwhelmed and burnt out. This habit of ‘kind of working’ all the time is terrible for focus and productivity, as well as impacting sleep quality and mood. We end up feeling like we’re just going through the motions, never fully focused on work and never fully present and relaxed either.

One of the simplest strategies to help overcome all this is to insert a mock commute into the beginning and end of your working day.

Before starting work each day you leave your home and go for a short walk, even just 4-5 minutes around the block. This short walk gives you time to think about the day ahead, what you would like to achieve, your most important tasks, how to handle a challenging conversation you need to have. Then when you re-enter your home you are doing so with the mindset that you are starting work.

At the end of the day you do exactly the same, and again go for a short walk. You shut down your computer, close the door behind you and that represents you leaving work.

It’s a chance to check you’ve got through everything you needed to, making a note of any tasks you need to follow up the next day. And it allows you time to decompress from the rigours of the working day.

When you come back through the door after your walk, you are no longer in work mode, you are mum, dad, husband, wife, housemate, or whatever best describes you outside of work. You’ve allowed yourself time to transition back into that role and aspect of your life. If you live with other people it’s actually much fairer on them too, particularly children. They know that after your short walk you are back to being a fully present mum or dad, not a distracted, half-working mum or dad.

Of course, ordinarily our usual commute would allow us to do this. But without that reason to leave the house, we need to create it. In theory people should have won back a load of additional time over the last year as a result of not having to commute. But when you ask people how they’ve spent this extra time, they struggle to tell you. It’s just been swallowed up into their day to day. Either getting up later, spending more time on social media or just chasing the kids around trying to get ready.

But the thing is, not only did your commute used to create that distinction between work and home life. It was also time for you. Time to listen to a podcast or an audiobook, listen to music, read, or to just do nothing and enjoy that time where you weren’t fully engaged in work or home life. That time was precious and you might well realise how much you needed it since it’s been taken away from you.

For those of you who find it hard to switch off from work, and have spent the last year working far later each evening than you would have, establishing a set time that you go for a walk to signal the end of the day can really help. Even better, tell the people around you too, so that they can hold you accountable. In the same way as you’d tell them what time you planned to be home from work, you can tell them what time you’ll finish working and be back from your mock commute.

It doesn’t have to just be a walk, although this does work really well because it’s so easy to do. I know people who have been going for a cycle instead or a run, finishing their day by doing a workout or a meditation at a set time. It doesn’t matter what it is you do, so long as it bookends your day and allows that transition where you can switch from home to work and vice versa.

A common question people ask when you talk about mock commutes is whether a 4-5 minute walk will actually make a difference, is it really worth the hassle?

And for those people I always say, try it. Give that short mock commute a go before and after your day for a week and see how much better you feel. It’s not so much the walk, or time you spend doing it that matters. It’s the discipline it brings and boundary it creates.

I’m reading Barack Obama’s brilliant book, ‘A Promised Land’ at the moment and in the first chapter he describes how he started his day during his time as President,

“Of all the rooms and halls and landmarks that make up the White House and it’s grounds, it was the West Colonnade that I loved best.

For eight years that walkway would frame my day, a minute-long, open air commute from home to office and back again. It was where each morning I felt the first slap of winter wind or pulse of summer heat; the place where I’d gather my thoughts, ticking through the meetings that lay ahead, preparing arguments for skeptical members of Congress or anxious constituents, girding myself for this decision or that slow-rolling crisis.”

He goes on to describe how he ended his working day,

“The night was different. On the evening walk back to the residence, my briefcase stuffed with papers, I would try to slow myself down, sometimes even stop. I’d breathe air laced with the scent of soil and grass and pollen, and listen to the wind or the patter of rain. I sometimes stared at the light against the columns, and the regal mass of the White House, its flag aloft on the roof, lit bright, or I’d look toward the Washington Monument piercing the black sky in the distance, occasionally catching sight of the moon and stars above it, or the twinkling of a passing jet.”

I love the idea that amongst the enormous pressure and stress he faced each day, that short, minute-long commute was so important in allowing him to prepare for the day ahead and then slow down and appreciate what’s around him when he finished each day.

If a short minute-long commute was good enough for Barack Obama then I’d say it’s something we all need to prioritise too!

It hopefully won’t be long before more people are able to return to more normal working environments but there’s a chance that working from home, or a hybrid approach to working will continue for a while. So it makes sense to try to establish more positive habits, starting with your mock commute.