I started writing a list of all the ridiculous diets I’ve followed over the years and stupid gimmicks and fads I’ve been sucked in by and it’s a long old list!

You might think that as a Personal Trainer I should know better. But at the time, for whatever reasons I believed that particular diet by some fitness model or even fat burners were the answer to all my fat loss prayers!

So given that I’m a fitness professional that’s made tonnes of diet mistakes, I completely sympathise with how difficult it can be for you guys. With all the mis-information in the media about certain foods or certain diets and different celebrities endorsing different diets and fat loss products.

It’s confusing and overwhelming to say the least!

I qualified as a PT about 10 years ago and really that’s when your learning properly starts. You have a base of knowledge from the course and I had a Sports Degree before that, but the vast majority of knowledge I have now has been gained since I qualified.

I’ve learnt by doing, trying things, making mistakes and trying to improve my approach and methods along the way.

The first diet ‘fad’ I bought into was clean eating. 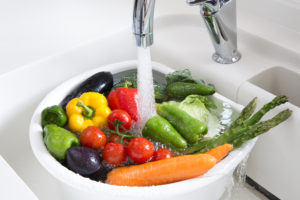 I thought at the time that so long as my clients were eating ‘clean’ then they would get results and I followed the same approach with my own diet. So I would tell everyone to swap white rice for brown, white bread for brown, ditch the baked beans and have broccoli. And of course cutting out sugar, alcohol and enjoyment lol! It was all about making people’s diets as healthy as possible and it did get results to an extent.

The problem was that when you made people’s diets as clean as they could be and they stopped making progress, where do you go from there?

Which is how I’ve come to where I am now and recommending people track calories. Ensuring people are in a calorie deficit, eat healthy food 80% of the time and whatever they fancy 20% of the time.

Other ridiculous diet mistakes I’ve made include pouring ridiculous quantities of fat burners down my neck despite not tracking calories. 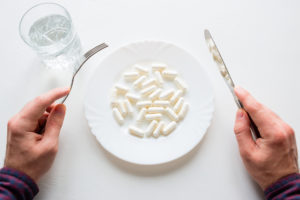 So I had no idea whether I was in a calorie deficit or not. Basically I just wanted to eat the same and expected the fat burners to do the work for me.

Needless to say this didn’t work, I didn’t lose weight and just ended up extremely anxious because of the excessive caffeine in the fat burners.

Another shocker was the extreme diet I followed where I’d basically live on fumes 6 days of the week because my calories were so low. Then on a Saturday I’d have the ultimate refeed! (a refeed is a higher calorie day) 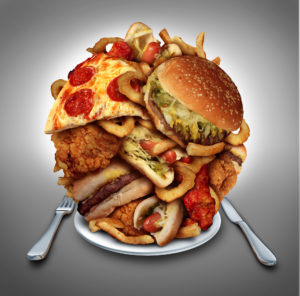 At the time I’d read something that said that a refeed would kickstart your metabolism and I’d read about some guy doing ‘filthy refeeds’ and getting results. So I went for it big style!

I’m talking cookies for breakfast, Domino’s for lunch, garlic bread mid-afternoon, take away for dinner, then sitting in bed eating chocolate and ice cream until the minute I went to sleep to eat every last bit I could fit in.

Looking back I think at this time I had given myself an eating disorder and it took me a good while to get back on track. Despite starving myself all week, because I was eating such insane amounts on my refeed days my average calories for the week meant I wasn’t in a calorie deficit and not making progress. The whole thing was a waste of time.

Once again with the benefit of hindsight and the knowledge I have now, of course I know that a diet like that was ridiculous. If I’m working with someone now and feel they need a refeed, they generally only need to increase by say 300-500 calories and come back to maintenance.

There are more horror stories like this but I’ll save them for another day!

I guess what I want to say is that the advice I give is based on years of learning, making mistakes myself, attending courses with respected people in the industry, reading books, listening to podcasts and continuing to evolve and improve the methods I use. I’ll continue to do this and I might well look back on what I recommend now and realise there’s a better way, I hope I do.

But when you see a gimmick or fad being advertised that sounds too good to be true, it probably is!